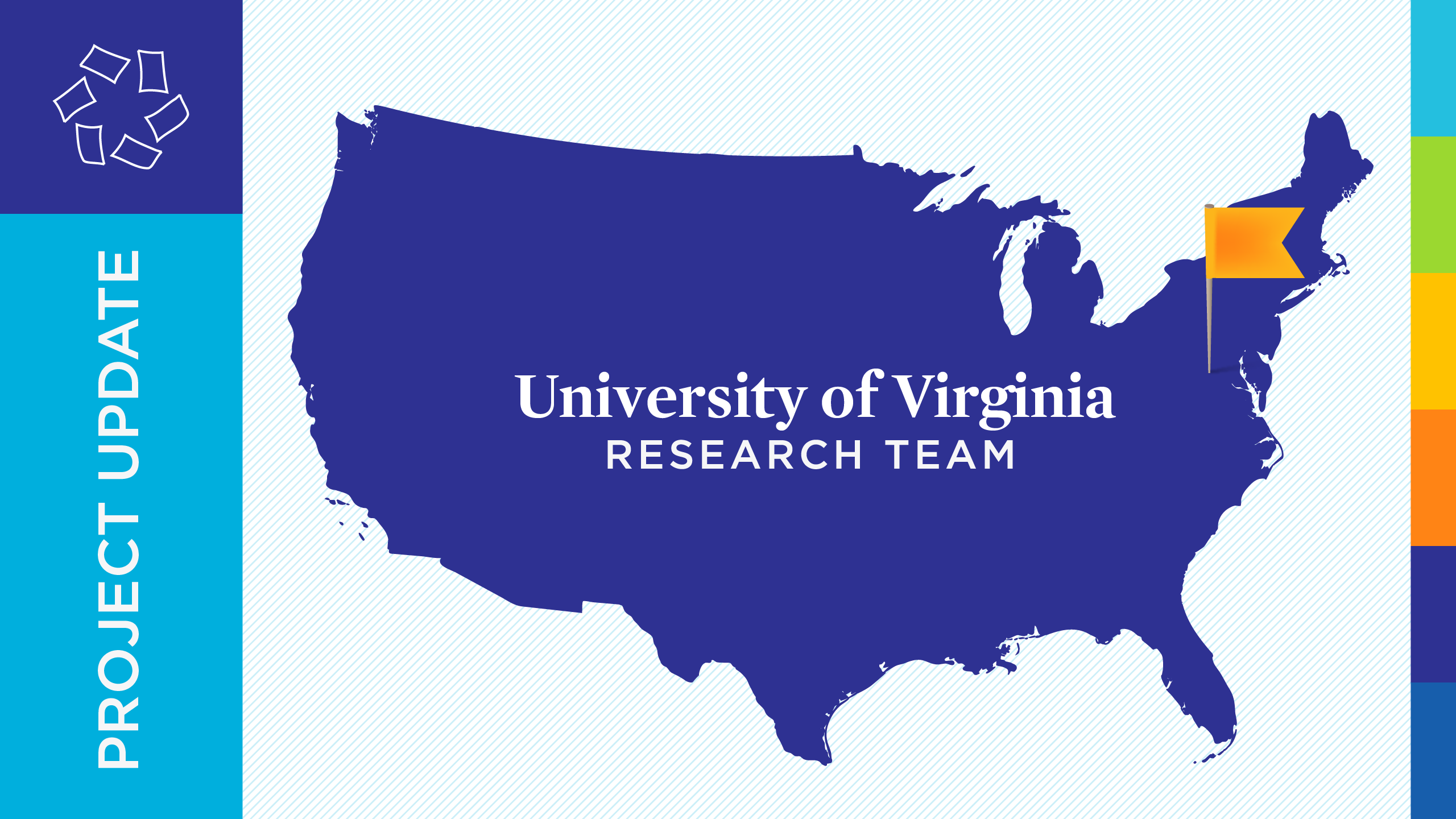 The Early Learning Network’s research team at the University of Virginia is conducting three interconnected research studies as part of the project, Fairfax Pre-Kindergarten to 3rd Grade (FP-3).

The FP-3 project is designed to identify how children’s early learning experiences foster their development from pre-K to third grade, including their time spent in early learning programs and classrooms, and their transition to kindergarten. The findings from the research will help Fairfax, UVA and early childhood policymakers and practitioners across the U.S. better understand how to maintain the positive effects of pre-K and support diverse families and their children through the early years of schooling.

Like the other research programs in the Early Learning Network, the UVA team is conducting three studies: an observational study of pre-K and K-3 classrooms; a longitudinal study linking classroom experiences to children’s learning outcomes from pre-K to third grade and a study of the county’s early education policies.

The researchers are focusing on the following questions about children and their classroom experiences:

Below is a summary of the UVA team’s research progress and results to date.

The FP-3 project is a partnership among UVA, Fairfax County Public Schools (FCPS) and the Fairfax Office for Children (FOC). FCPS is the 11th largest school system in the U.S. (NCES, 2013), and Fairfax County is one of the country’s fastest-growing and most diverse regions, serving more than 2,000 low-income children in publicly funded preschool programs. The UVA team enrolled 117 teachers/classrooms from FCPS and OFC pre-K programs to participate and provide data for the 2016-17 school year. In classrooms where teachers agreed to participate, students were recruited if they: 1) attended a pre-K program funded by Head Start, Virginia Preschool Initiative or Child Care Assistance and Referral; and 2) lived in a household with income at or below 200 percent of the poverty level. A total of 1,431 children had parents who consented to allow their children to participate and provide pre-K data. There was an average of 11 study children per classroom.

All FCPS kindergarten teachers were invited to join the study during the 2017-18 school year. A total of 351 teachers consented to participate and provided data for the fall of kindergarten. During the school year, the UVA team followed 1,261 pre-K children into their kindergarten classrooms.

To make comparisons between preschool attenders and non-attenders, the researchers consented a new group comprised of 1,176 kindergarten children who had similar demographic characteristics, but had no pre-K experience or only home-based daycare experience. There was an average of five study children in participating kindergarten classrooms.

Data collected from 117 publicly funded preschool classrooms within FCPS revealed that children spent the largest share of the day in teacher-directed whole-group instruction and in free play, and very little time was spent in individual and small-group settings.

Few differences emerged in the classroom observations across school- and community-based programs; however, more educated and experienced teachers spent more time teaching and in teacher-directed instruction.

The researchers also explored transitional experiences from pre-K to kindergarten, as described by administrators, teachers and parents. The policy study aimed to identify commonalities and divergence points in how these stakeholder groups characterized the transition process through interviews, focus groups and surveys.

For the longitudinal study, the FP-3 project will continue to collect classroom data for the next three school years. The UVA team aims to recruit a high number of teachers each year as they follow children through third grade. The researchers anticipate that the study findings will help inform the Fairfax school district, the broader early childhood education field and other education stakeholders on how to maintain pre-K’s positive effects and support diverse families and their children through the early grades.

Additionally, the UVA team is preparing to launch a Classroom Observation Study in the fall of 2019, partnering with local pre-K through third grade classrooms. The training for this study will take place in the summer of 2019. They will implement the Optimizing Learning Opportunities for Students’ Early Learning Observation System (OLOS) and associated assessments over the course of the 2019-20 school year.

The researchers look forward to continuing their work within the Early Learning Network to address critical questions and to expand our collective understanding of the policies that support children’s transitions through the grades, the alignment of these policies with practices, as well as the malleable child skills and classroom characteristics that support successful outcomes for children.