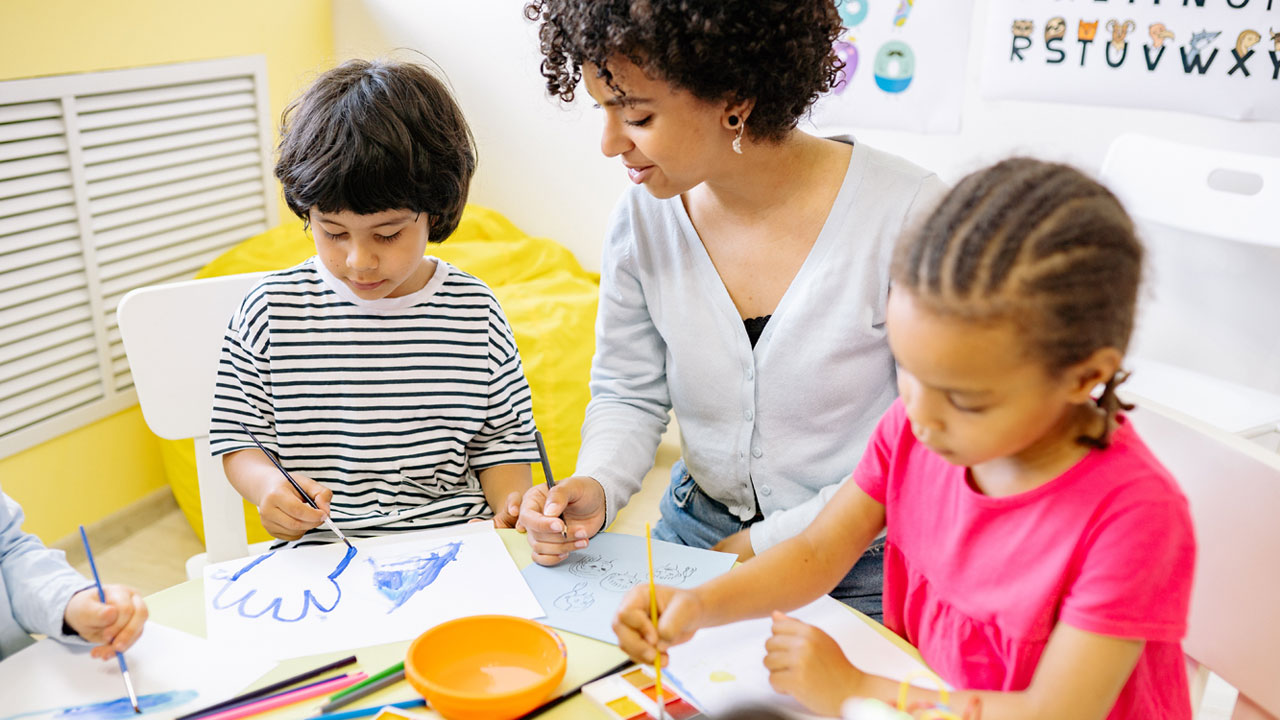 An Early Learning Network study led by researchers at the University of North Carolina at Chapel Hill sheds light on factors that influence American states to adopt publicly-funded prekindergarten (pre-K).

The historical analysis found legislative partisanship, legislative professionalism and unemployment are key predictors in a state’s decision to support public pre-K opportunities for children. A state’s proximity to other adopting states was also a significant factor.

There has been a surge in publicly funded pre-K programs in the United States in the last few decades. Today, policymakers in 45 states and the District of Columbia have adopted them. However, five “hold out” states remain: Utah, Idaho, Wyoming, South Dakota and New Hampshire.

Expanding access to high-quality early childhood education to all children in the U.S., namely state-funded pre-K programs for 4-year-olds in the year before kindergarten, may be an important step in improving children’s academic success and narrowing opportunity gaps — especially among those from historically marginalized groups.

“Research tells us there are substantial positive impacts on children when they have access to high-quality pre-K experiences,” said Lora Cohen-Vogel, principal investigator and Frank A. Daniels, Jr. Distinguished Professor at the UNC School of Education. “Our findings may help state policymakers and advocates better understand underlying factors that influence — and do not influence — state adoption of a public pre-K program, as well as a state’s decision to expand the reach or quality of an existing one.”

The UNC-Chapel Hill study, published by Educational Policy, examined the likelihood that a state will adopt a pre-K program in a specific year during the period 1983-2017.

The analysis considered the following variables: 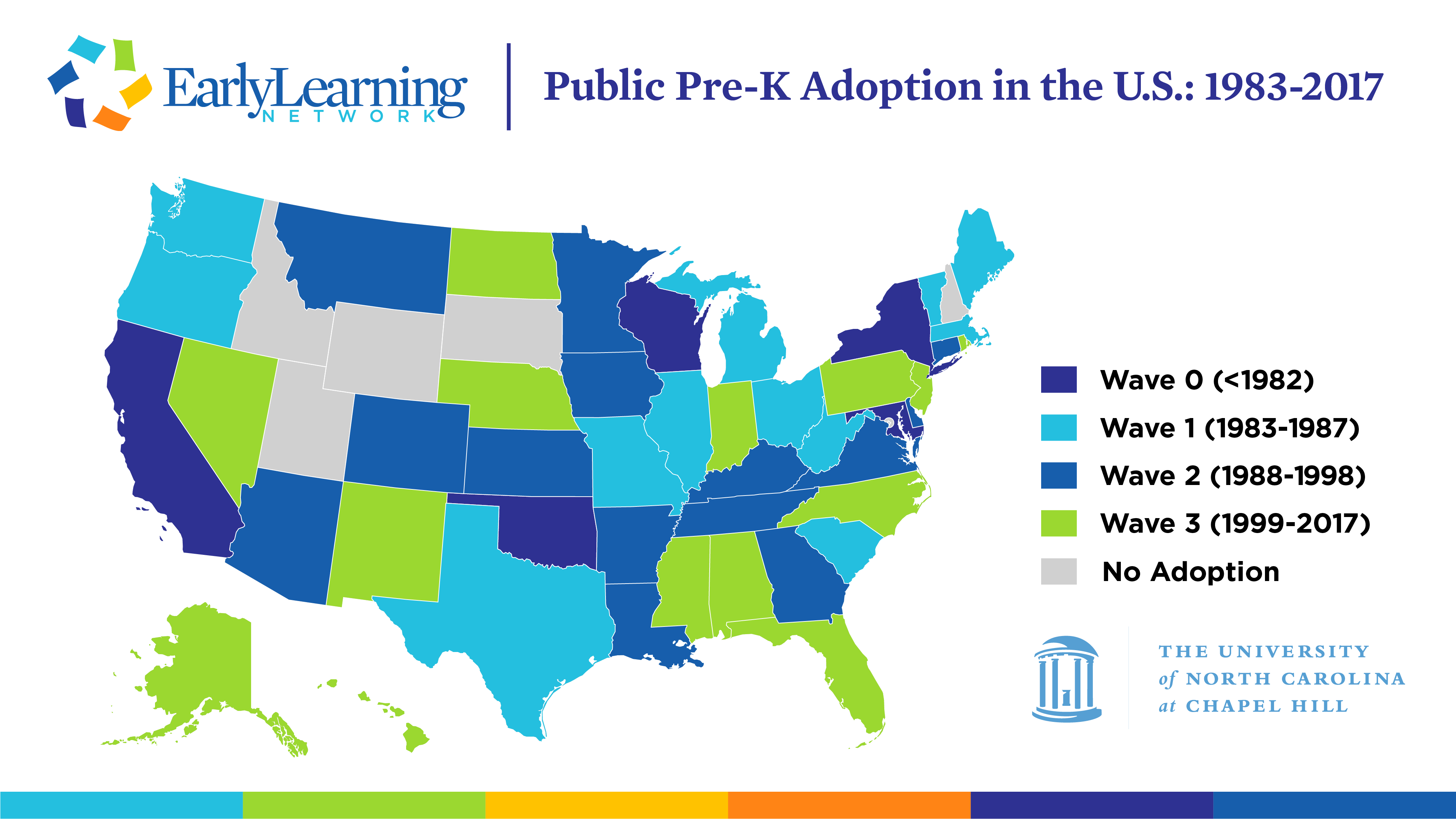 Four key factors were significant predictors in a state’s likelihood to adopt a public pre-K program:

2. Legislative professionalism
States with a more “professionalized” legislature — those that pay legislators more, meet in longer sessions and employ a larger share of staff relative to the number of elected members — were more likely to adopt.

4. Geographic diffusion
States with a higher number of regional neighbors with state-funded pre-K were more likely to adopt.

While public pre-K programs have become almost ubiquitous in the United States, the handful of states that have not yet adopted such a program remain targets for early childhood education advocates seeking to ensure pre-K is available to all children in the country.

Overall, the researchers point to the need for state policymakers and advocacy groups to consider the importance of political composition of state legislatures, the level of legislative professionalism, and employment conditions when working to launch early childhood programs.

Additionally, factors that influence pre-K adoption may also impact other early childhood education efforts underway in states, such as expanding eligibility of pre-K programs. As of 2017, 16 state pre-K programs served less than 20% of 4-year-olds in those states and only nine states served more than 50% of their 4-year-olds.

“We hope the results from this historical analysis can inform early learning policy discussions moving forward,” said Michael Little, one of the study’s authors and an assistant professor at North Carolina State University. “Short of Congressional approval of the Build Back Better plan that would expand publicly-funded pre-K to all three- and four-year-olds in the U.S., these findings can help advocacy groups and others looking to expand public pre-K to target their efforts to settings where the conditions for adoption or expansion are ripe.”

The authors continue to work to understand the policy contexts surrounding early childhood education among the American states. They are currently engaged in a 50-state analysis of the agencies and taskforces governing early childhood, as well as governance innovations aimed at pulling the early childhood and K-12 sectors into better alignment.