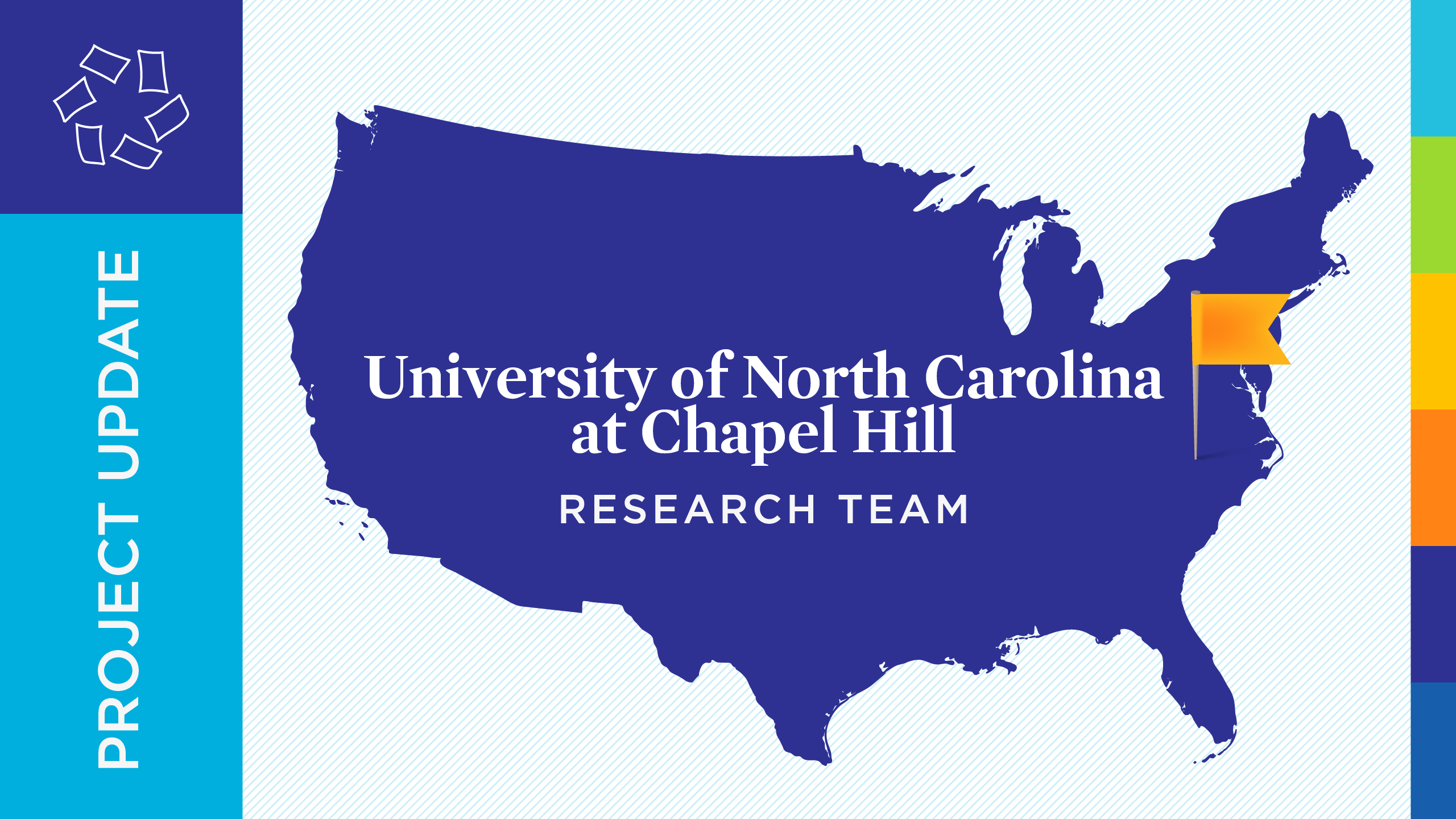 The Early Learning Network’s research team at the University of North Carolina at Chapel Hill has been actively engaged in the research project, Early Education in Rural North Carolina. The UNC team, located at the Frank Porter Graham Child Development Institute, is conducting research in six rural counties to identify policies and practices that foster academic and social-emotional growth among low-income children.

High-quality early education is one of the most effective ways to promote educational success for all children. The extent to which and how early education reduces achievement gaps related to race and income have not been adequately studied, particularly in rural settings. This is despite clear evidence that achievement gaps are even larger in rural states, especially in the Southeast region of the U.S.

The UNC team’s work is focused on specific education practices, such as teacher-child linguistic exchanges and time spent in content-area instruction, and curriculum and policy issues, such as curriculum alignment with professional development and child assessments, to identify practices and policies that promote development for all children, especially dual language learners.

Two interconnected studies are underway in North Carolina that follow a cohort of children from pre-K classrooms through third grade: data collection and analyses for a policy and practice study and a longitudinal study, including classroom observations and child outcomes. The team has collected pre-K data for the 2016-17 academic year and kindergarten data for the 2017-18 academic year, and is currently analyzing the information and exploring preliminary findings.

Below is a summary of the UNC team’s research progress to date.

The UNC team is studying the policy context surrounding a cohort of children as they progress from pre-K through third grade, focusing on whether policies are aligned in ways that help sustain learning across early grades. The policy and practice data are collected through semi-structured interviews, school and program administrator surveys, and policy document content analysis.

Over a five-year period, the UNC team is investigating how classroom policies and practices relate to students’ academic and social skill gains in a longitudinal cohort study that follows children from pre-K through third grade in six rural counties.

The researchers are exploring policy and practice alignment within and across time; instructional practices and other aspects of the teacher-child relationship; the frequency and quality of language interactions; and support for children’s home language and culture among Spanish-English dual language learners. Each year, children’s academic, language, social skills and executive functioning are measured in the fall and spring, and classroom quality, instructional practices, language exchanges and support for second language learners are measured in the winter.

During the 2016-17 academic year, 455 children were recruited from 63 rural pre-K classrooms. Due to the study’s focus on dual language learners, Spanish-speaking children in the classrooms were oversampled. They comprise 40 percent of the sample, with 43 percent being Hispanic. Overall, 51 percent reported being male, 43 percent Hispanic, 31 percent African-American/non-Hispanic, 24 percent white/non-Hispanic and two percent other (Asian-American or Native American). On average, the children were 4.52 years old (sd=0.33) upon entering pre-K. On average, the mothers reported completing high school. Incomes ranged from less than $20,000 (34 percent), $20,000-50,000 (46 percent) and more than $50,000 (20 percent).

The researchers are currently analyzing pre-K classroom observation and child outcome data from the school year. Pre-K program quality is being judged based on standards created by the National Institute for Early Education Research. Results from this study suggest the classrooms have high-quality emotional support and organization, and moderately low-quality instructional support.

Analyses have focused on all children first, and then on the dual language learners. Academic and social skill analyses suggest that children showed smaller literacy gains in pre-K classrooms using the curriculum aligned with state standards, training and monitoring. Children showed literacy gains when teachers spent more time teaching those skills; and they demonstrated improved language skills when teachers engaged in more conversations with them. More time spent in large groups was related to smaller math and language gains, and more time spent in small groups was related to larger literacy gains.

The UNC team is also examining Spanish-English dual language learners to gauge their skills using their home and second languages in the classroom. In the time the classroom was observed, teachers spoke to the children in English about 40 percent of the time and in Spanish about four percent of the time. On average, dual language learners showed large gains in English language, literacy and math skills, and modest losses in Spanish language and literacy skills. Gains in English literacy skills were larger when children experienced more frequent high-quality language exchanges with the teacher and had supports in the classroom for their home language and culture. Gains in Spanish and English math were larger when children experienced higher quality instructional supports. During the 2017-18 academic year, the 455 children were followed from pre-K into kindergarten classrooms. Nearly half (255) of these kindergarteners did not attend a center-based pre-K program. Among the “non-attenders” recruited, 45 percent reported being Hispanic, 44 percent male and an average 5.49 years (se=0.35) years old when they entered kindergarten. Slightly less than half of the mothers earned a high school degree, and reported incomes ranging from less than $20,000 (43 percent), $20-50,000 (38 percent) and more than $50,000 (19 percent).

Comparison of the pre-K attenders and children without center-based care suggests that the pre-K children began kindergarten with higher levels of academic and social skills.

Bringing it All Together

To date, findings suggest that the widely used pre-K curriculum and preschool quality measures were not consistently related to acquiring cognitive and social skills during the preschool year. Instead, it appears that learning and development in pre-K was related to the frequency with which teachers talked to children, instructional time in that content area and time spent in settings other than whole-group activities. In the observed classrooms, where English was used almost exclusively, the dual language-speaking children showed large gains in acquiring skills using English and some diminished skills using their home language.

The UNC team looks forward to examining the extent to which skills gained in pre-K are maintained in elementary school, and identifying which educational policies and practices promote those skills over time for both children who attended and did not attend the state pre-K program.